California can have some of the strictest deficiency rights in the country, which can be great for borrowers and bad for lenders. What’s a deficiency? And what are your rights? That’s what we’re exploring in this post.

Many times the sale of a house at an auction will not recover the full amount of the lost mortgage. In this case, there exists a “deficiency” between what is owed on the loan and what has been recovered by the lender. In some cases, a deficiency judgment can be leveraged against the lendee, making them liable for the deficiency between the mortgage and the recovered amount.

In theory, this is why down payments and appraisal values are so important. In the case that there is a deficiency, the down payment should be enough to cover the value of the home that could not be recovered when it was sold in a foreclosure process. Deficiency claims can put a lot of stress on a lendee, who is now trying to deal with foreclosure, find a new home, and make payments to cover the sale price.

Even in states that typically allow deficiency judgments to be made to protect lenders, there is a strict judicial process that lenders must submit themselves to to recover the deficiency. Even if a deficiency judgment is passed down, the debtor may try to get other creditors to give them an exemption, they can file a motion to get the judgment reversed, or they may even declare bankruptcy.

California actually has some of the most strict anti-deficiency laws. These laws are designed to protect borrowers who have already gone through a foreclosure process. The California law says that a deficiency judgment cannot lie under a deed of trust for a house that is used by less than four families if there was a purchase-money loan that was obtained for the sole purpose of purchasing the property. This applied even if it’s a third mortgage or a home equity line of credit.

In California, therefore, lenders take on the majority of the risk. If the borrower obtained the loan and a mortgage was used to secure the purchase price of the house, then no deficiency can be collected after foreclosure.

Simply put, if you are a regular consumer lender who was granted a mortgage in California, you will not have to pay any deficiency after foreclosure occurs.

When is a Deficiency Judgment Allowed in California?

Is it possible to get foreclosure deficiency in California? Yes, but only on commercial, investment, and apartment properties.

The Mortgage Must Secure Part of the Purchase of the Dwelling

Critical to California’s anti-deficiency laws is the notion that the mortgage or loan must be used to secure some of the purchase price of the dwelling. A first mortgage would obviously apply for this case, but a second or third mortgage, or a home equity line of credit, might apply but doesn’t always.

California law seeks to protect borrowers in the process of foreclosure on their primary dwellings from having the extra burden of making deficiency payments. However, it also allows lenders to recover deficiency from borrowers who have used loans for investment and secondary properties. 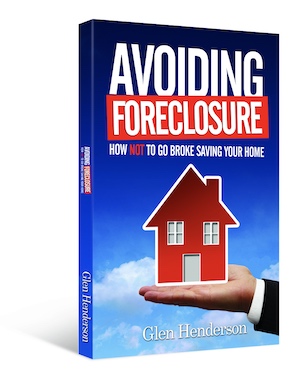 Download a FREE Copy of Our Guide to Avoiding Foreclosure!

Did you know that you could be eligible to receive up to $10,000 for relocation? Check with us to see if you qualify for any lender provided incentives.